The Tai Chi 24 Form is based on the Yang Family style of Tai Chi Chuan and was created by Yang Cheng Fu.. The 24 Tai Chi Form takes around 6 minutes to be preformed and consists of 24 movements, although some of the movements have two or three parts.

The short 24 Tai Chi Chuan Form is reduced in the number of times some movements are repeated in the Yang Style long form, as well as some specific movements were cut out to simplify the Form.

Nevertheless is the 24 Form the most widely practiced Tai Chi Form worldwide and gives a solid foundation and introduction to Tai Chi.

In this intensive 10 days workshop you will learn the Yang Style 24 Movements Form. The Form will be subdivided into 8 sections during the course in order to get a deeper understanding for each movement.
We will also work on balance, centering and the fundamentals of grounding. Applications of the postures will be shown to you and we will work additionally with partner exercises in order to get a better understanding for the energy flow and the importance of the right use of structure and intention. 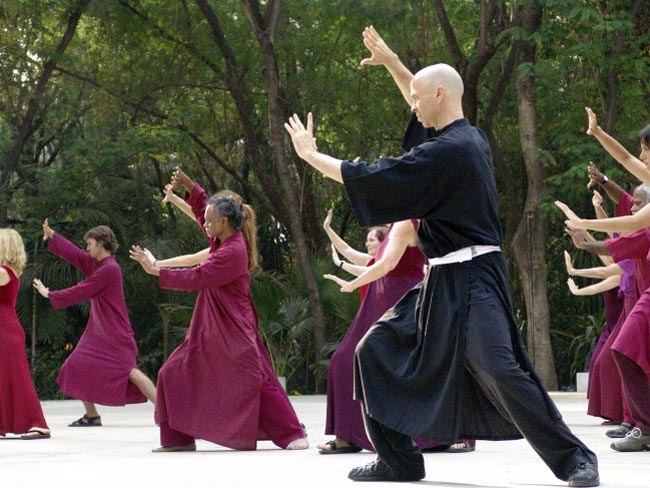 The workshop is open for everybody: total beginners as well as advanced Tai Chi practitioners.