What is Tai Chi

Tai Chi is an internal Chinese martial, its full name is Tai Chi Chuan which can be translated as “supreme ultimate fist”. It was created as an internal, soft Kung Fu Combat Style, putting an emphasis on relaxed muscle positions to let the Chi flow freely. It stands in contrast to all the hard styles, which meet opponent’s force mostly with force. Tai Chi is rather trying to neutralize the force coming in and using the opponent’s momentum to overcome him. Its a continuous way of yin and yang, of being full and being empty.

Also Tai Chi’s origin is laying in martial art, millions of people throughout the world practise Tai Chi now a days for a better health and a general well-being. Its practise brings calmness, relaxation, grounding, flexibility, coordination and a general improved circulation of energy within the body.
Tai Chi is a form of exercise which can be practised by anyone regardless of age or physical ability.

In many ways, Tai Chi is a Taoist tradition. It teaches how to be soft and how to move with the outside world, rather then fighting against it. It got both aspects included: the physical way in terms of self defence and the inwards pointed meditative way.
The core of Tai Chi could be described as a path of interacting with the world according to what ever the moment offers. To practise Tai Chi can be a way of living in great wisdom. 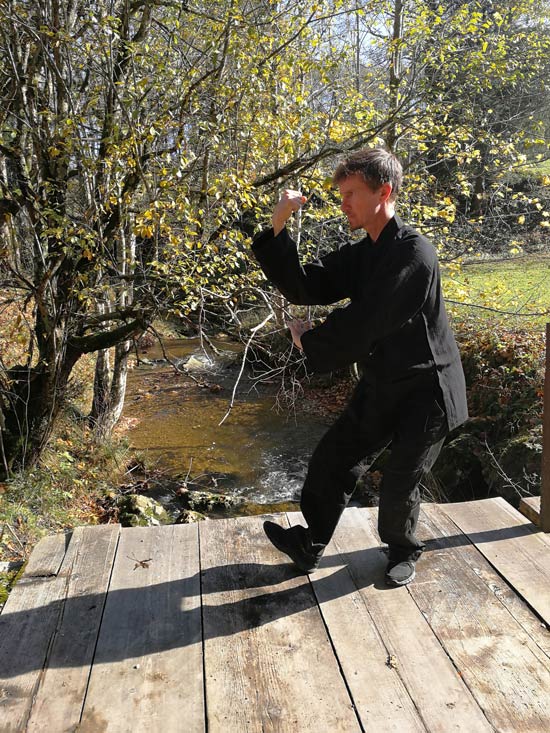